Java code coverage tools, like these embedded in IDEs or provided as CI environments plugins are great, but they have one limitation – the tests you run have to also be written in Java or other JVM language. What if you have suites of tests in other, non JVM languages and would like to know what is covered and what is not?

I’ve faced such an issue – we had a really big suite of e2e REST API tests written in Python, and executed them against big Java application running on Tomcat. We wanted to track, where do these tests go in the code. But how to check it?
Possible solution is so called dynamic instrumentation of Java code using Java agents. Shortly speaking Java agent triggers in the moment of classloading and transforms class bytecode to save some statistics about executed lines. Magic applied in practice.

According to my research there are two reasonable solutions providing (among other features) the dynamic instrumentation :

I used it for generating code coverage reports while running e2e Python tests, but of course with such flexible agent you can track coverage of the code called anyhow you want. Postman suite? No problem. Clicking around the GUI wondering how the heck it works inside without staring at the debugger? Here you go.

As I mentioned before, the instrumentation (process of altering the bytecode of examined classes) may be dynamic, and this is the flavour I used, but it can also be static. With static instrumentation you mutate the class files before you run them to gather coverage statistics. In comparison to dynamic instrumentation it makes execution faster (as there is no overhead on classloading) and it consumes much less memory resources in general. JCov also supports static instrumentation, I haven’t tried it though, as dynamic mode was more suitable for me. You can find more information on static instrumentation mode in the linked JavaOne presentation from JCov developers themselves and also in the indispensable verbose help mode built in the jcov.jar

It is not that easy to start with JCov. Actually you have to build it yourself using manually downloaded dependencies, as site with released versions doesn’t really work. I have built the final jcov.jar for you, and also I provided intermediate dependencies copied to my repository to save you from hassle looking up the dependencies over the net. But I still recommend to download the sources yourself, as with documentation being scarce going to the sources can show you some hidden functionalities. At least that was my case.

If you want to prepare it yourself go as follows :

These are official building instructions, although they seem to be a bit ‘vintage’, as JCov supports modern Java versions, and readme still refers to JDK5. I built it on JDK8.

I have found them in the various places on the web. You can also download them from my github repository.

jcov.jar embeds all functions needed to generate coverage report, from instrumenting classes to compiling it in .html (or other format) report itself.

The JCov tool has many sub-tools and usage scenarios – what’s below is a concrete case where dynamic instrumentation is used to generate and dump coverage data on the fly from application server which was not pre-instrumented before running.

The phases to generate such report are as follows.

Now let’s go through these phases in details:

In the case of Tomcat server the configuration went as follows :

Start the server however you do it in normal operation – just make sure it picks up configuration from point 1. In this concrete configuration you will see that it works if something listens on localhost/3336.

In the agent.port configuration, commanding to dump current coverage statistics to XML file turns out to be really crude.

Every time you send ‘save’ string to server it will save next part of coverage data to xml file and respond with ‘saved’ string to your telnet session.

Of course you can automate it, if you need to dump the excessive amounts of data periodically, even in bash, for instance

Or any other telnet client integrated with your testing environment.

This will dump new portion of data every minute.

Remember you can merge the results later with Merge command from jcov.jar

As in step three. My practice was to dump data just before running the suite, and just after, and then using just the second file to calculate coverage report.

To generate the report in HTML navigable format, along with the covered lines marked in class sources, execute command like

This will generate, by default, fully navigable HTML report in /report directory below where jcov.jar resides.

Apart from a lot of time I’ve spent on trivial things, which you don’t have to, after I’ve figured it out – like having to built it with good old Ant or figuring how to signal Agent to dump contents to file, there are some problems which you still may stumble upon:

JCov is quite mysterious tool in terms of community and documentation, but it’s really worth to note, that it has quite reasonable help built in the jcov.jar itself.
It has many features which go beyond this introduction. For instance merging existing coverage data files, filtering results, even generating diffs from build to build.

You will get a description of the modules of jcov.jar. You can get verbose info about every part by -hv option which stands for ‘help-verbose’. For instance :

It is also worth to explore the source code itself near places where command line parameters are processed.

Also take a detailed look at JavaOne presentation I mentioned.

At first Jacoco seemed to be better choice, with much higher adoption, bigger community, IDE and CI integrations, but at least in my case it just basically didn’t work. After importing Jacoco coverage data to IntelliJ it was clear, that the lines which for sure were executed were marked as not executed in the report, which beats the purpose. Maybe it was the faulty plugin. I tried to generate report outside the IDE, using Jacoco tools themselves but.. The raport crashes when there are two classes of the same name in different packages, which for as big codebase as in mine case made this tool useless. I have to stress though, that I have previously had good experiences with this product while using Maven/Jenkins plugins for tests executed in JVM so for you it may be worth giving a shot.

Geecon has apparently caught its momentum aspiring to be most recognizable conference brand in central Europe. I have recently attended the fourth installment this year – after TDD Geecon in Poznań, Main Geecon in Krakow and Microservices Geecon in Sopot the time has come for Geecon Prague 2015. Let’s go with bunch of insights after this event.

The hype around microservices is still on the rise – the really big part of the talks was devoted to this topic. Other significant part of the lectures was about importance of testing on various levels of abstraction and system architecture needed to be able to make reliable tests achievable.

Since history repeats itself (I really recommend to read THIS article, even though it is sooo long..), there were some talks indicating that again – there is no silver bullet, which is what makes programmers sad, since […] is most fun thing to do – everyone knows it. This silver bullet thing was emerging in various talks. Ranging from quite obvious but not so often asked questions : 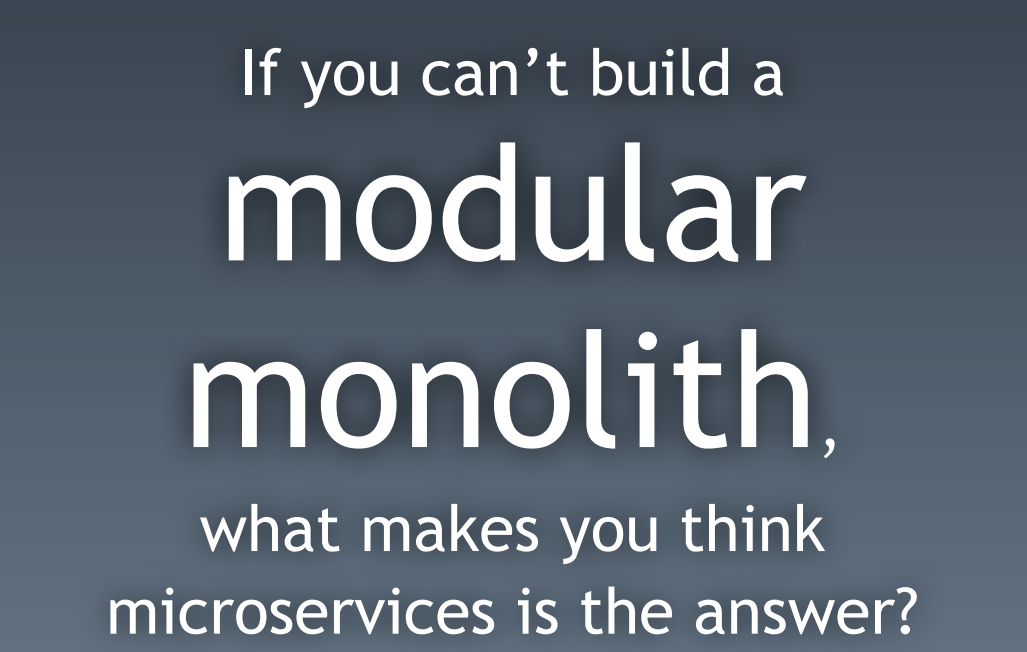 and whether or not your microservices architecture is just:

A microservice is simple. You can recompile and restart it in seconds. If you stop liking the code of your microservice you can rewrite it from scratch. They are small so they can’t be a big ball of mud can they? The decomposition to a lot of independent services allows to test them easily. Ahh, the world of greenfield programming. No silver bullet. The microservice itself won’t be a big ball of mud – by itself. BUT the vast network of connections between them can be. What a lot of people forgot at first was that word : network. Microservices are easy to test in isolation. But once you send the packets over the wire bad things can happen, and they will happen sooner or later, you can be sure. That is why you need to use tools and write tests which can handle and emulate situations like :

Saboteur, Wiremock, Hystrix.. you should try them!

Antonio Molina & Nick Zeeb – What I Learned Writing a Trillion $

Interesting story built around lessons learned during development of system dealing with massive money amounts going through Forex. Namely 1900000000000$ during one year in their case. Is it even possible to work with such (continuously deployed!) system without 80% heart stroke rate per year among developers? It is. It wouldn’t be without the knowledge they’ve learned till this day. And some of the lessons I noticed are: 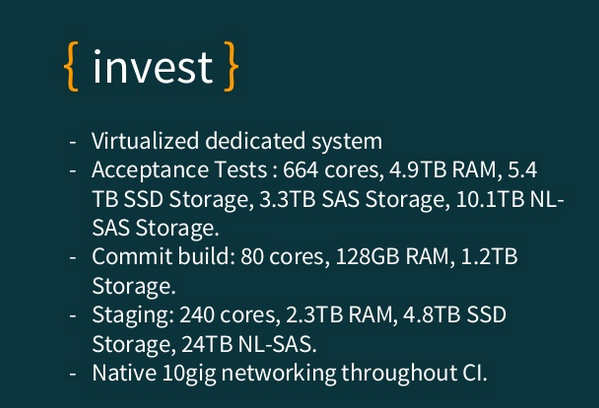 But they discovered that it pays out at the end. Otherwise… : 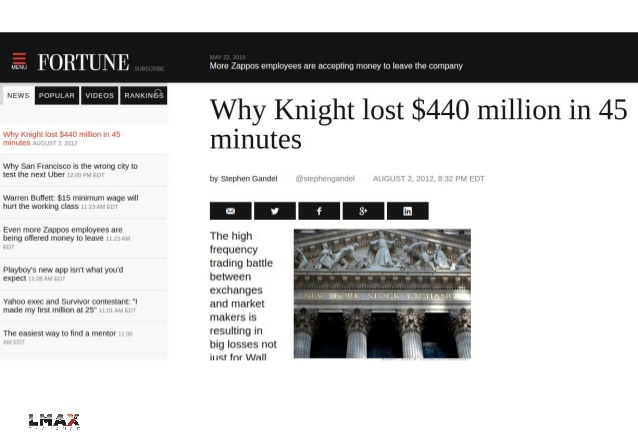 2. Sometimes less is more. LMAX discovered that in their case spreading across multiple repositories brought more pain then gain. Also fancy ‘branch per feature’ attitude was ditched. Oh, and there is one slightly bigger company which does similar thing now : 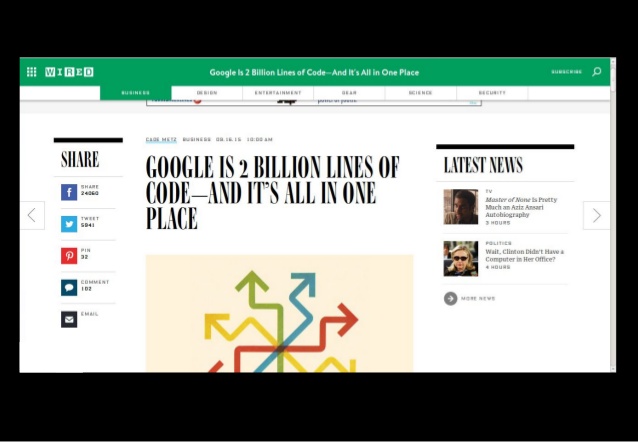 There is also some team culture involved here : always try to develop as small working piece of code as you can. And the whole team also tries to focus on the smallest achievable piece of functionality at time.

3. Accept your inferiority at estimating performance of your algorithms working in the world of deep stack traces. You know the big ‘O’ notation? That is great, you can prove you were right in the performance test you will write. But some day it will prove you were so, so wrong, and it will allow to avoid big ‘O’ on your face on the release day.

No silver bullets, but going to attend Geecon next year to try find one, for sure! 😉